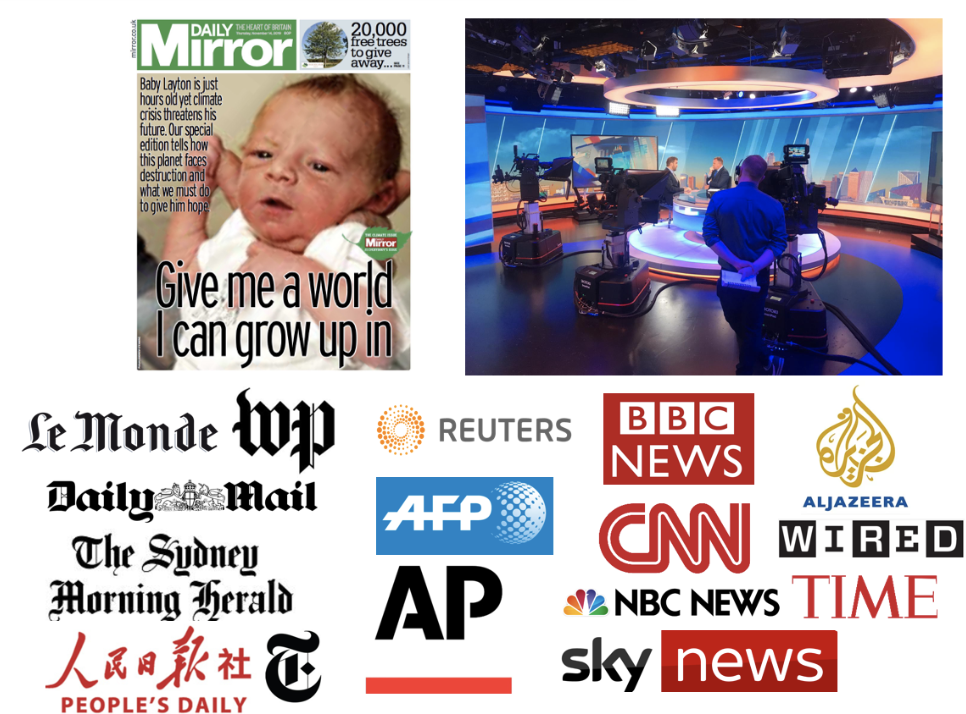 The 2019 Lancet Countdown report shone a light on the impact of our changing climate on the health of children worldwide.

The world currently faces an important choice. It either continues down its current path, where health comes to define the health of children at every stage of their lives; or it realises the health benefits of a response, transforming the health of a child born today for the better.

The launch of the 2019 report received wide-spread media coverage, engagement from high level policymakers, and was launched through over 30 launch events, and 11 briefs for national policymakers around the world.

See a snapshot of 2019 report launch coverage and engagement below.

Global launch events have been attended by high-level policymakers including Dag-Inge Ulstein (Minister of International Development, Norway) speaking at our launch event in Oslo,  and Chairwoman of the US House Committee on Science, Space and Technology, Rep Eddie Bernice Johnson, talking at our Washington DC event.

The 2019 report has received unprecedented media coverage with over 2,200 media pieces from every major global outlet including:

This included several TV and radio interviews and features, and strong media coverage in China.

See some of the most impacting headlines and pieces below:

Daily Mail: Children around the world are already suffering ill health because of climate change

CNN: The climate crisis will profoundly affect the health of every child alive today, report says

As well as a global launch event in London, over 35 launch events have taken place/are planned around the world to share the global 2019 Lancet Countdown report and national policy briefs at a regional level.

These events were all organised with partners around the world, and ranged from small seminars, to 3 day conferences, with the Washington launch event taking place in the Russell Senate Office Building. Watch a recording of the Washington event here.

Map of global past, and upcoming 2019 report launch events

As part of the 2019 launch the Lancet Countdown worked with key partners from around the world, to produce a series of 11 briefs for national policymakers. These outline the state of climate change and health at country-level, and provides recommendations to policymakers on how to protect populations against the health impacts of our changing climate.

Over 115 authors, reviewers and contributors from across the globe and 21 national partners worked on the briefs for Australia, Brazil, Canada, Chile, China, EU, Germany, India, MSF, UK, USA. Download the briefs here.

A focus of the 2019 report launch was to ensure our findings were understandable to a wide global audience, and to make our data accessible to anyone- to highlight climate change as a health issue.

To achieve this the Lancet Countdown launched a groundbreaking data visualisation explorer platform, which allows users to explore our data at a country and regional level. Enter the platform here.

A range of materials including a series of social media graphics and animation were produced for the launch. To date the animation has been viewed over 11,000 times. Watch the video below:

For any other information, or to learn more about our work, please get in touch at info@www.lancetcountdown.org